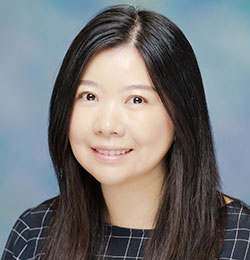 Lin was born and raised in China. After graduating from University of Science and Technology of China, she joined an interdisciplinary PhD program at Northwestern University, where she studied the mechanisms of protein processing via ubiquitin-proteasome pathway in Dr. Andreas Matouschek’s lab. She then moved to HHMI Janelia Farm as a postdoc. The highly collaborative environment at Janelia resulted in her multidisciplinary training under three principle investigators, Dr. Loren Looger, Dr. Karel Svoboda and Dr. Luke Lavis. There, her research focused on engineering optical probes for monitoring and controlling neural circuitry in living, behaving animals.

These new imaging techniques have greatly impacted the field of neuroscience, facilitating new types of biological experiments performed to address previously intractable questions. One indication of the impact of this particular project on the field is the fact that the published paper on this topic (Tian et al, Nature Methods, 2009) has been cited about 400 times.