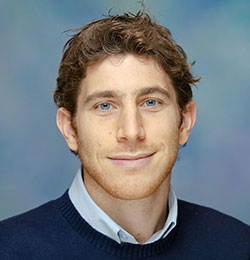 Tommaso is an alumni of the Tian Lab.

He graduated in 2011 from the University of Siena, Italy with a B.S. in Biotechnology and a M.S. in Pharmaceutical Biotechnology. In May 2015 he completed a 3-year PhD program in Medical Genetics still at the University of Siena, splitting his time between a research lab in Italy and Davis, California. While at UC Davis, he became hooked on neuroscience by discovering the incredibly complex and fascinating system that is the mammalian brain.

Tommaso also has a passion for fluorescent proteins and sensors, which are some of the most useful tools we have today to unravel the mysteries of neural communication. For these reasons he chose to join the Tian Lab!

Even though he speaks fluent English and even dreams in English, he still considers himself 100% Italian – at least he can still master the Italian sign language, he drinks his espresso religiously every morning, and he make great pasta, pizza and tiramisù!